My third book is (finally) written

Yesterday was the 19th anniversary of 9-11, and the day on which the trajectory of my life – and that of my family – was forever changed.

In my first book, It’s Not Okay With Me, I chronicled how the events of 9-11 sent me on a journey to Africa, seeking God’s purpose for my life. In my second book, Is It Okay With You, I shared the origins of Project Canaan and our work in what was then called Swaziland. 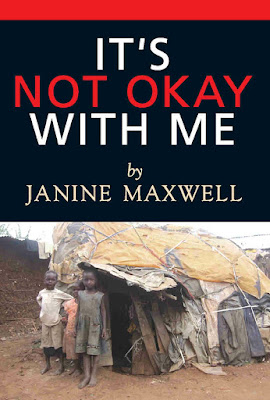 It has been many years since I wrote my second book, and honestly, I felt that this weekly blog was “Book #3,” with each week another chapter in the story of HOPE. But last year during the 10th Anniversary celebrations of Project Canaan, I realized that I should write a proper account of all that has happened in the first 10+ years of Project Canaan. It needed to include the history, the development, the trials and tribulations along with the miracles and wonders. 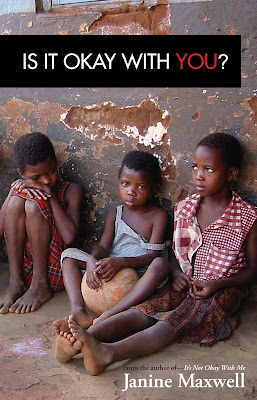 While this season of Covid-19 has been complicated and filled with uncertainty, it has also been a time of blessing here at Project Canaan (read this blog for  a real glimpse). It has also given me time to reflect and write the book that tells the story of Project Canaan. While it is not written as a manual, I have attempted to give detail, helpful information and key learnings for anyone being called to serve in a ministry like Heart for Africa in Eswatini. I hope there are a few of you who are interested in reading it J

The manuscript is complete and in the hands of my editor. Fingers crossed. God willing, we hope to publish it before Christmas.

Now we are working on a title and a front cover image.  This is where YOU come in. I am looking for book cover photo suggestions.  I want a photo that was taken specifically ON Project Canaan that says HOPE. Do you have a great photo of a child or children, or farm workers that shows what hope looks like? If we choose your photo (and you give us permission to use it) you will get the very first copy of the book, hot off the press, and a gift pack from Khutsala Artisans.

There are two ways to submit your photos. You can simply email your photos to info@heartforafrica.org or if you have a Shutterfly account, you can upload them directly to our account at https://projectcanaan2020.shutterfly.com.  Please keep your submissions to five photos or less.

Now, for a little teaser as to how Chapter One of the new book begins…

“It was a very dark night, and she was afraid. Labor started earlier than she had expected, but she knew she was in labor, because her first child arrived when she was only 15 years old, and she had not yet been able to push away the fear and pain. She made her way to the pit latrine (outdoor toilet) that the family had used for many years and sat down on the old platform. The baby started to come, and she pushed. This second child wasn’t any easier than the first, but at least she knew what to expect. She pushed again, until finally the baby’s head erupted from her tender teenage private area as the baby slipped on through into the pile of human waste below.

She was not quite sure how it happened, but the placenta followed and there was silence. She tried to see her newborn, but there was no end to the darkness that she peered into, as if the baby had been swallowed by the blackness itself. She cleaned herself up as best she could and made her way back to her stick and mud house.

She lay on her bed and forced herself to go back to sleep, but sleep would not come. Five hours later, the sun was starting to peek up above the mountain range in the distance and she crept back to the pit latrine to make sure the baby was dead, but to her shock, she heard a cry. Oh no, she thought, ‘This can’t be happening? The baby can’t possibly still be alive after being there for five hours! Surely the newborn would have suffocated by now.’

Other family members were starting to stir, so she quickly ran and got a shovel and scooped up some hot coals from the fire that would soon heat up the leftover mealie meal (cooked maize) from the night before to make soft porridge for her 2-year-old daughter and herself if there was enough to scrape from the side of the pot. She stumbled back to the pit latrine and threw the hot coals down onto the tiny newborn whose cries were getting louder. Suddenly she heard footsteps coming toward her and she panicked. Who could it be? Would they hear the baby’s cries? Would the baby be dead before the person opened the door? Would she be able to lie her way out of this scene?

Suddenly the door swung open and her uncle was looking directly into her soul. What had she done? What was that noise coming from the depth of human waste? He held his breath and looked down into the toilet as she fell to the ground and sobbed. What HAD she done?”

I know, it’s tough to read, but it’s real, and it’s what we deal with on a regular basis here in Eswatini. But fear not, the story ends with great joy, healing and redemption, and HOPE for both mother and baby.


If you have never read the first two books, you can buy them at www.khutsala.com or on amazon.com.  If you would like to listen to the audio version of It’s Not Okay With Me to hear how this all began 19 years ago on September 11th, 2001, you can download a free copy of it here.  Feel free to share the free audio book with friends and family to prepare them for the next book in the trilogy.

Please send your photos ASAP as we will start working on the cover soon.