Fully self-sustainable by 2020? A dream or a reality? 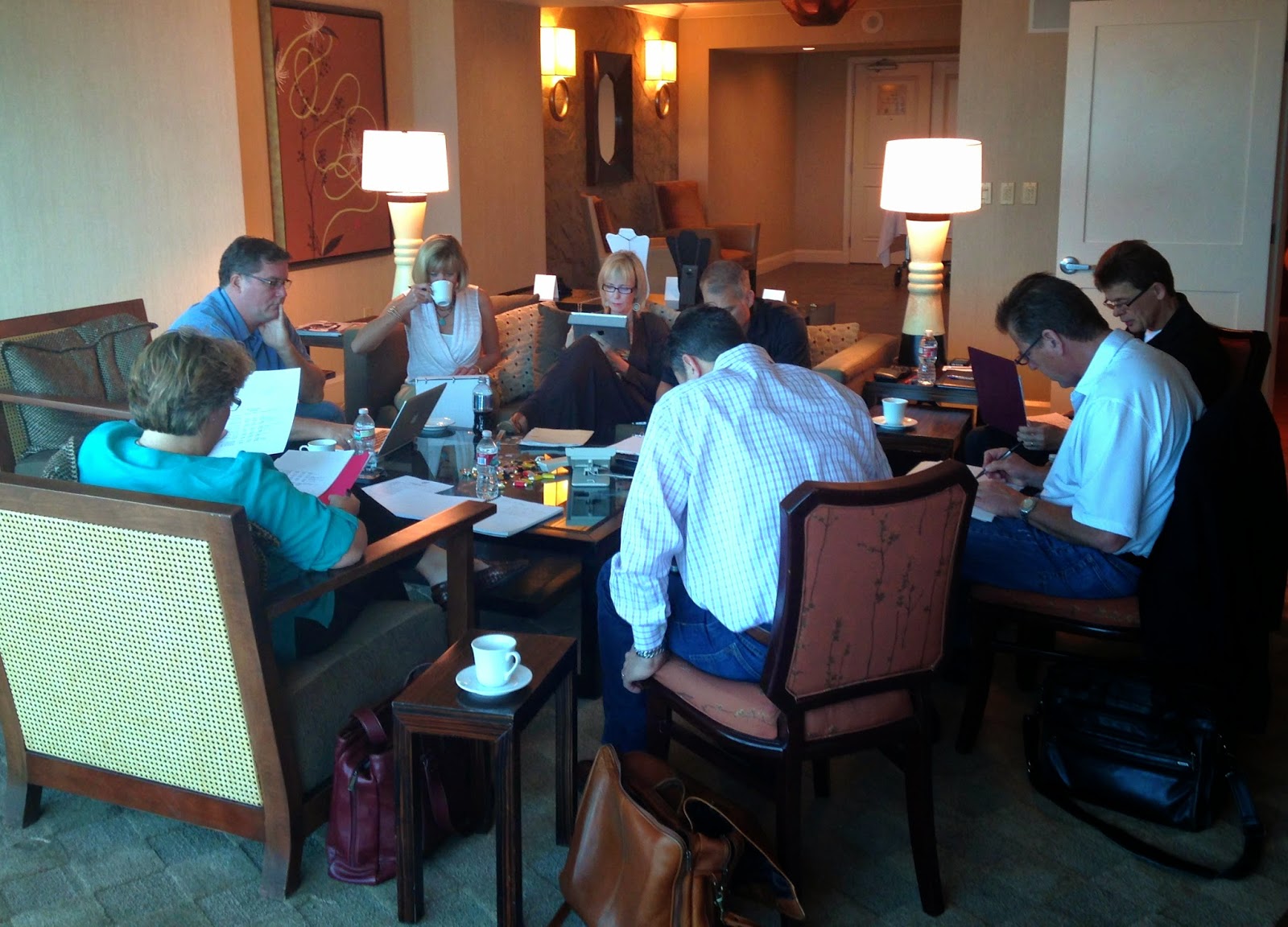 It is late evening in Swaziland and early afternoon in Austin, Texas where I am writing this blog.  It would have been a Saturday morning blog if I had written it before leaving Las Vegas this morning, but it still wouldn't have been Saturday morning in Africa.  Traveling across time zones can be very confusing and exhausting and while I love my time here with family and friends in North America, I do miss my quiet house on the mountaintop in the middle of nowhere Swaziland.
Yesterday was the annual Heart for Africa Board meeting and it was great to spend time with people who love and support us through the dark days and the good days.  And also yesterday seemed like a breakthrough day.  We presented our goal to be completely self-sustainable by the year 2020, meaning that we will not need any donor funds for operating costs at Heart for Africa in Swaziland.  It seems that everyone talks about becoming self-sustaining, but I seldom read of organizations actually achieving that goal.  And it's not an easy goal to achieve!  In fact some would ask why we would want to work extra hard to do this when we have donor support that is helping us day to day. The answer is because we believe we CAN do it!  And who knows, there may be a day not it far away when people don't want to give money to help in Africa anymore or they find other areas as of greater need or they don't have the disposable income to give.  Whether donations continue or not, we still have 52 (and growing) children that we are responsible to care for for many years and thousands who depend on us for income and food.

Our plan is big and comprehensive and it will take a lot of people and sizeable investment.  We will launch a Capitol Campaign in the weeks to come, but to think that we could grow enough food, milk enough cows, make enough jewelry, sell enough carpentry etc. to provide for everyone at Project Canaan is incredibly exciting.  And in only 5.5 short years! As my friend, Francis, in Taiwan says, "If it's God's will, it's Gods bill". We believe that to be true.  We have no idea how we will raise the money, but we know for certain that if The Lord wants this done, He will bring the people to us who have the money and it will happen in His timing. We look forward to the next part of this journey that we are calling "The Journey to sustainability".

We have witnessed miracle after miracle over the past five years as we have seen Project Canaan develop and we look forward with great anticipation (and child-like excitement) to the next five years.  Please message me if you are being called to help kick off this Capitol Campaign.

In the meantime please buy a block (or 10 or 100) to hello us make room for more children who are orphaned or abandoned.  Everyone can be a part of this new project.  Click here to get involved: http://heartforafrica.force.com/pmtx/cmpgn__donations?id=701C0000000W6BR

Live From Austin... We are going to a Texas BBQ with two of our dearest friends in the he world - Susan Page and Captain Jerry Coffee.  Yee-haw!
Posted by Janine Maxwell at Saturday, April 26, 2014 No comments:

Soon we won't have room for more babies. Please buy a block today! 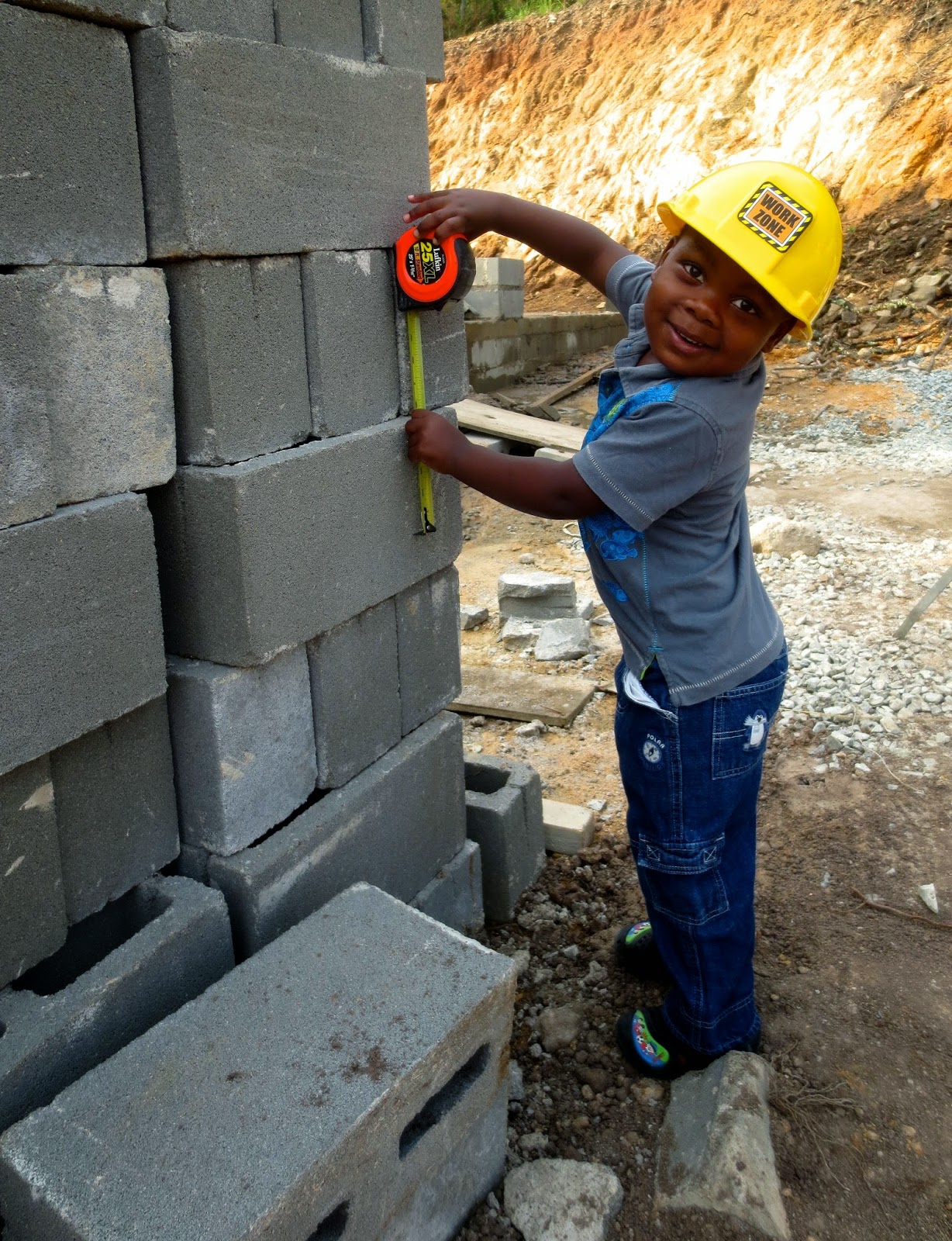 Today's blog will be short and sweet as it is Easter weekend and you don't have time to read a long blog from me and I don't want to take the time away from Spencer (eating in our favorite restaurants or shopping at COSTCO) to write a long blog.  So today I will tell you a little bit about a new project that is near and dear to my heart.

This is the background.

When babies are brought to us by the Social Welfare Department of Swaziland they go and live at the El Roi Baby Home.  When they are old enough to walk, feed themselves (loosely) and are emotionally mature enough, they move to the Labakhetsiwe Toddler home.  When the toddler home is full the "big kids" will start to move up to their "permanent home" at the Emseni Campus. "Emseni" is the siSwati word for "Grace" and we will building one building at a time until there are four buildings housing 40 children each along with their Aunties/Uncles/Caregivers.  There will also be a common kitchen/dining hall called "The Oasis" where all of the children and Auntie/Uncles will eat together. 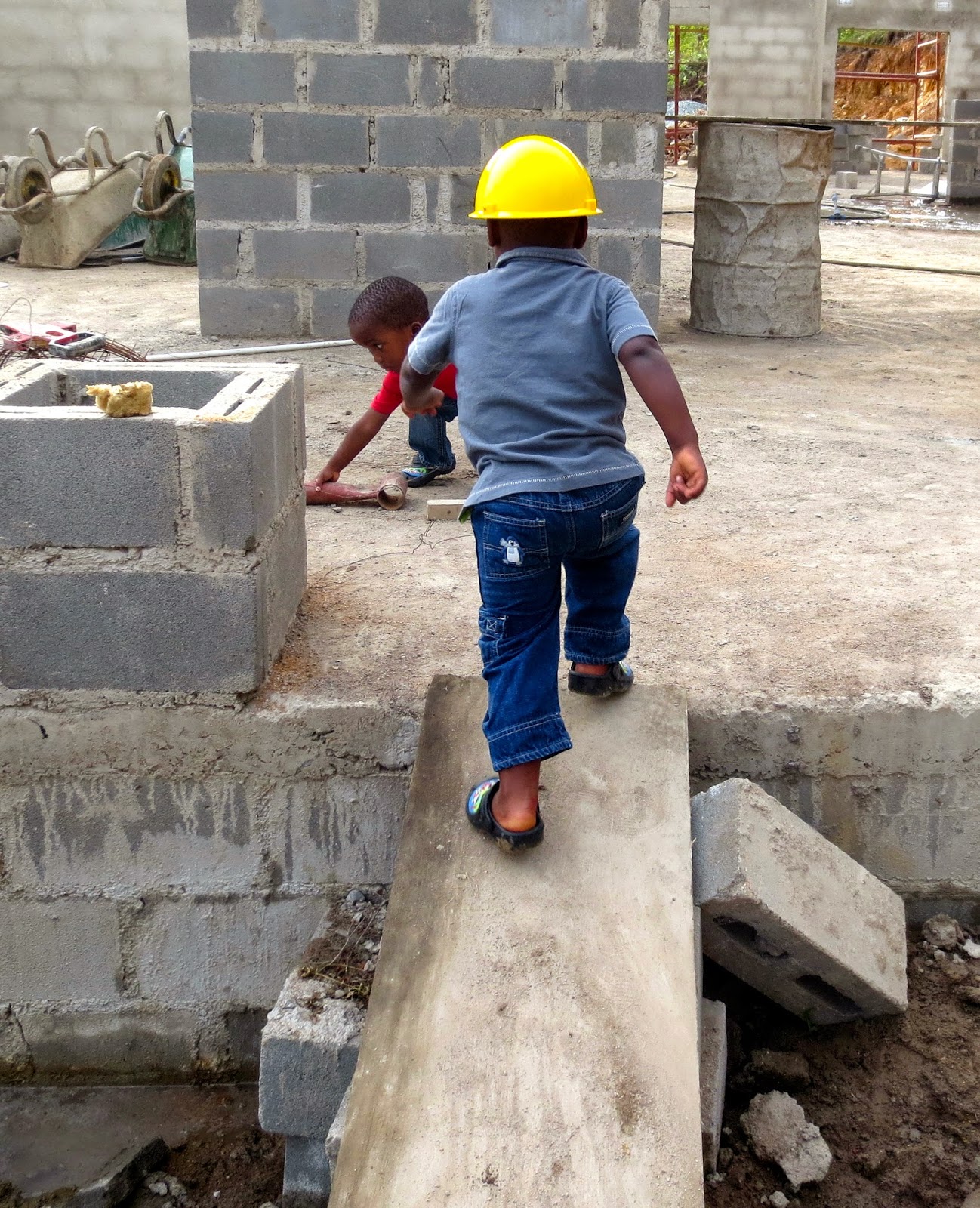 On average we receive a baby every 14 days.  Almost 50% of them are under one-month old, but some are closer to one-year old (we have a policy of only accepting children under 12-months).  We have 52 children now and if the trend continues we will have 69 children by the end of 2014.   That means we need to start building now so that the new home and dining hall for our "big kids" will be ready no later than February 2015.  And to do that we need your help.

In order to provide a way for EVERYONE to participate in this new project we have broken down the overall cost of the buildings into $25 increments.  We need 13,500 concrete blocks to build and fully complete both buildings and we are selling each block for $25.

As you prepare to celebrate Easter or Passover with family and friends, or even if you are just enjoying a long weekend, I am asking you to consider buying a concrete block (or many) and becoming a part of this big vision for the future of Swaziland.  Please take a moment to go online and give today by clicking on BUY A BLOCK TODAY and then forward this blog on to anyone you think might want to be involved in a small or big way.


If EVERYONE who reads this blog bought a few blocks we could get these buildings up in no time!  Thank you for reading and taking action today. Again, the link is https://heartforafrica.secure.force.com/pmtx/cmpgn__donations?id=701C0000000W6BR  OR you can mail a check to:

Live from Alpharetta, Georgia ... I wish you a happy and blessed Easter!


Janine
Posted by Janine Maxwell at Saturday, April 19, 2014 No comments:

What am I looking forward to?

It has been a long week. There are many things that have frustrated me, hurt me, challenged me, angered me, and at times made me want to just give up on my African brothers and sisters.  That blog may (or may not) be written next week.  But for now I am on a countdown. In four short days Ian and I will get on a plane and go back to the US and Canada.  It will be the first time that Ian has been back since we moved almost two years ago.   In five short days we will be with Spencer in Georgia and will be able to Skype Chloe on High Speed Internet so that both voice and image work at the same time.  It is hard to explain what a big deal that is.  At the end of our trip we will see my mom and Ian’s family.  It brings tears to my eyes just thinking about seeing my mom again.  I miss both my parents very much.


I love living in Swaziland and wouldn’t change it for anything, but I really miss our kids and what our “normal” life used to look like.  Our 19-year old son, Spencer, is a 15-hour flight West in Georgia and our 17-year old daughter, Chloe, is a 15-hour flight East in Taiwan.  And I am not going to lie, that part of this “calling” is really, really hard, for us all.  But in a few days we will see Spencer and this mama’s world will spin beautifully for a couple of weeks.   (Of course consistent water pressure, consistent hot water, consistent filtered water, no power outages and restaurants with edible food are all an extra bonus).

Our trip back is an important time of fundraising for the next children’s home.  Since we get a baby every 14.4 days we expect to have 69 orphaned or abandoned children living at Project Canaan by December 2014.  We have 52 right now.  Ian is the “spreadsheet King” and has all of the data tracked so we know that if the current trends from the past two years continue we will have 230 children living here by 2020.  That is only six short years away.  We need to have the next building ready for our “big kids” to move in by February 2015.  Stay tuned for more information on this initiative.

This growth requires a lot of planning, not only for housing, schools, medical care, transportation, but also overall provision of care, love, food, clothing and a hope for the future of each of these children.   20% of our children have chronic conditions (10% HIV/AIDS and 10% with some type of physical disability, mostly Cerebral Palsy related) and each of those need an extra special care plan as well.  There is much that we are thinking about and planning for and we give thanks to the Lord for sending the right people at the right time with the right knowledge and heart.

Our goal continues to be achieving self-sustainability and we now have a plan that we believe will work.    While in the US we will be presenting Project Canaan Phase TWO:  The Road to Sustainability to anyone with ears to hear.  If you live in the Georgia area or want to come and hear about the next phase, we will be speaking on the evening of Monday, April 28th and Tuesday, April 29th.  For details please email Tricia Ford at tricia@heartforafrica.org

We have surrendered our lives to a very big God and when I get upset or angry or frustrated or hurt Ian always reminds me that I must leave those emotions at the cross.  It’s always a good reminder, but not always easy to do. Thank you all who pray for us and the global Heart for Africa team daily.  We feel your prayers and give thanks for you.

Live from Swaziland … the sun is setting and the blue haze over the mountains is stunning.

PS - If you are looking for a great and unique Easter gift, please consider helping us feed Swazi children on Easter.  Click here for details.
Posted by Janine Maxwell at Saturday, April 12, 2014 No comments:

Email ThisBlogThis!Share to TwitterShare to FacebookShare to Pinterest
Labels: easter, next children's home.

Nomsa got more news this week at TB Hospital - God is not finished with her yet.