A paradigm shift in my thinking 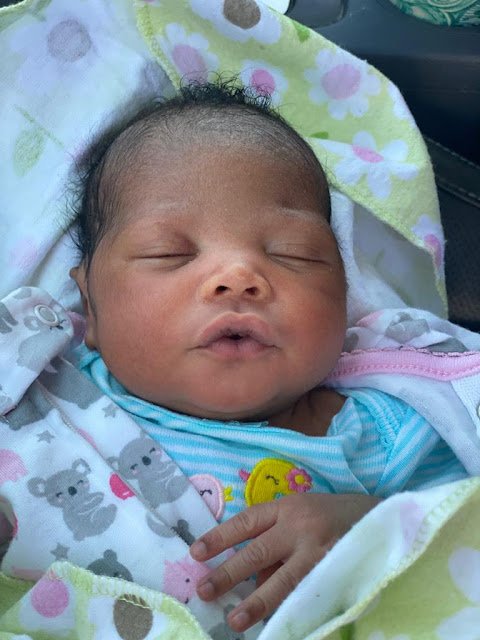 Last week I received a call about a newborn baby who has just been found in the forest, still bloody from birth, umbilical cord attached, but crudely torn away from her mother’s womb.

The social worker told me that she had given the child the name “Usiphile Favor”.  Usiphile means “He has sent us” in the siSwati language, so her name means “He has sent us favor”.  I did a quick biblegateway search of the word “favor” and it took me directly to Isaiah 61, which was interesting because just that morning I had read Isaiah 61 in my daily scripture reading.  The headline read “The Year of the Lord’s favor”.

“The Spirit of the Sovereign LORD is on me, because the LORD has anointed me to preach good news to the poor. He has sent me to bind up the brokenhearted, to proclaim freedom for the captives and release from darkness for the prisoners,  to proclaim the year of the LORD's favor and the day of vengeance of our God, to comfort all who mourn, and provide for those who grieve in Zion-- to bestow on them a crown of beauty instead of ashes, the oil of gladness instead of mourning, and a garment of praise instead of a spirit of despair. They will be called oaks of righteousness, a planting of the LORD for the display of his splendor.”  Isaiah 61:1-3

It was at that moment that I had a paradigm shift.  I realized that I had been mourning through this terrible year of Covid-19. I had been feeling like a prisoner here in Eswatini with our borders closed and I suffered from the spirit of despair. But why? I was missing the year of favor that was right in front of my eyes.

Suddenly, it was as if a giant curtain was pulled back and I instantly looked at my world differently.  This has been a year of the Lord’s favor for Heart for Africa and Project Canaan.  We have the funds to start building Emseni #7 for our older boys and O2, our huge, double story recreation center and dining hall.  We have the funds to build double story classrooms for of 3rd and 4th grade.  We hired a full time Farm Manager who is maximizing the utilization of our irrigated fields, producing a bountiful harvest for consumption and for sale.  He has been able to increase employment opportunities, when most companies were laying people off or closing their doors.  Our greenhouse is flourishing with fresh produce that goes straight from farm to table.

We were given funds to get phase one of our dairy expansion moving forward so that we can increase the capacity for more cows, which means more milk production, which meant more income generation.  The water is flowing freely down the mountain and our dams are full. With water security we were able to expand our irrigated fields by an additional 17-acres, allowing us to grow alfalfa to feed our dairy herd.  All of this was happening in front of my eyes during the time of Covid-19, and I was feeling sorry for myself.

This year of the Lord’s favor also included funding to import a new water filtration system from Israel that produces 1,100 gallons of clean drinking water per hour for the entire property, ensuring that no deadly water born illnesses are present. We were given funding to create an intensive goat breeding program, which included 10-acres of fenced area complete with structures for breeding, birthing and treatment (including a foot bath!).

Heart for Africa US has also established partnerships with an organization called Gleanings for the Hungry, who has already shipped us two 40ft containers filled with dried beans and hearty soup mix filled with dried vegetables, pasta and rice. Another organization called The Gleaners in British Columbia, Canada is shipping a container of dried vegetables and apples, topped up with gently used clothing collected by our friends Carol and Barry Hickman (and team!). The biggest surprise was a donation of a 4-stall computerized feeding system for our dairy that will also ship on the Canadian container.

Today in Georgia, our friends Julie and Pete Wilkerson, along with the incredible staff from SCAPES Landscaping, are packing a container that UPS is shipping to us for free.  It will be filled to the brim with diapers and wipes that so many of our supporters have bought through our annual amazon diaper drive. There are also bikes, helmets, medical supplies, clothes, kiddie pools, and 1,800+ bras that many of my girlfriends quickly collected over the past week to send to my female staff here on Project Canaan. 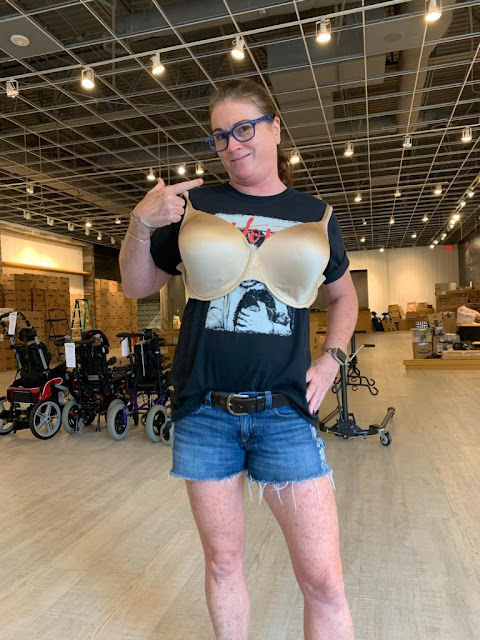 Last, but certainly not least, many of you know that we lost our beloved Doberman, Max, a few weeks ago.  As soon as we knew he wouldn’t be with us for long, Ian contacted the breeder who we got Max from. That very day one of their females gave to birth to 11 puppies, and we were able to buy two of them.  Today, we picked up our Doberman puppies, who we named “Chicago” (Spencer lives in Chicago) and “Saint” (Chloe lives in St. Catharines).  It was only after we had the dogs registered in South Africa that we learned that Kanye West and Kim Kardashian have children named Chicago and Saint. Sigh. Well, you can’t win 'em all. 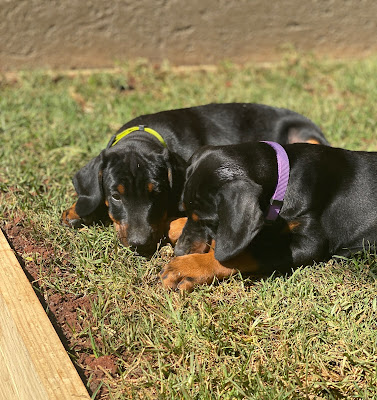 Last week we received a 3.5 pound baby girl named “Blessing”, so Blessing and Favor are now with us.  I WILL rejoice and be glad. 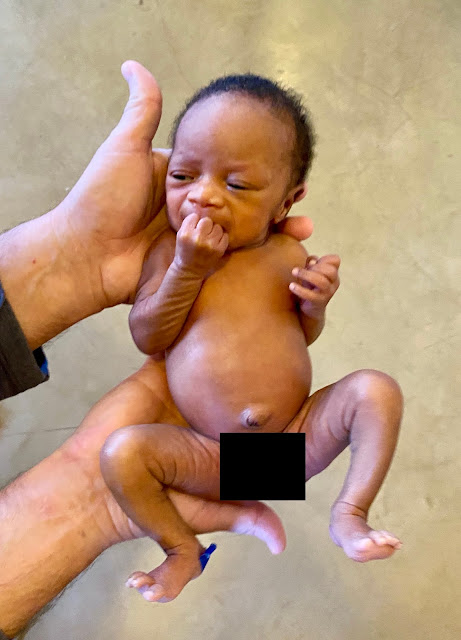 Live from Eswatini … in puppy heaven!