ABC’s of living in Eswatini (Attacks, Birthdays and Crocodiles) 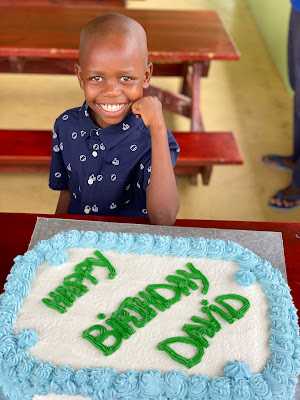 Attacks: On Tuesday I was notified by one of my female staff members that she and her elderly mother, her Aunt and her teenage son had been brutally attacked by a drunk/high man from their community. The attack involved threats of murder and rape and while he threw hard punches and big rocks, whereas my Supervisor responded with a bush knife (machete) and verbal assaults.   Once they got the attacker to run off, they called the police who told them that they must make their way to the police station (10 miles?) to make a report because the police did not have a vehicle to go and investigate. They went, made the report and then took the Aunt to the hospital for her head injury from the rocks. 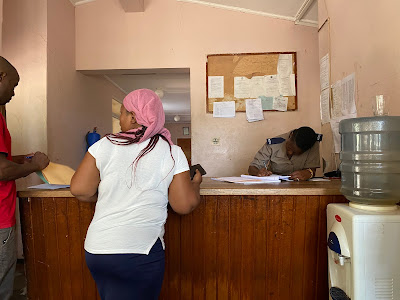 The next day the man went back to the homestead when everyone was at work or school and attacked the elderly mother again.  The police were called again, and this time it resulted in an arrest.  On Thursday morning Ian, Shelly and I made our way to the police station to show our support (and disdain) at the hearing for the attacker. We waited 2+ hours before we witnessed the man confess to his crime.  Later that day he was sentenced to 6 months in jail, or an E600 fine ($40 US). He paid the fine and left.  He was then immediately arrested again for assaulting his own sister and goes back to court today. Who knows, maybe another $40 out the window.  While I appreciated the speed to trial and sentencing, I am always appalled by the ability to pay their way out of violent crime.

Birthdays: Wow, did we have a lot of birthdays this week?!  Just yesterday we celebrated Jacob (6), Deborah (7) and David (8) and we are all struggling with the question “How in the world did they get to be that age??”.  I told my staff that the first eight years of Spencer and Chloe’s lives seemed to go so slowly (well, not slowly, but just the right pace), but these kids are growing up faster!  Gabriel and Rose will be 10 this year!!!  As you likely know, this month is Child Sponsorship month and Jacob does not have a sponsor, so we have to use operational funds to pay for his care, school and birthday cake.  Once he is sponsored that takes extra pressure off of the organization.  It takes a village to raise 261 children, and we really need to expand our village this month. Will you sponsor a child today for $30?  $50?  $100 or even $225 per month? 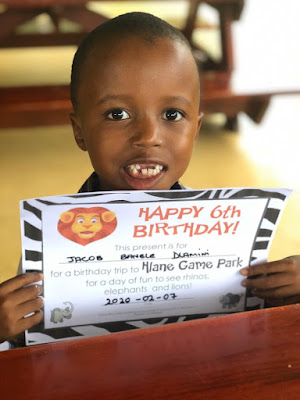 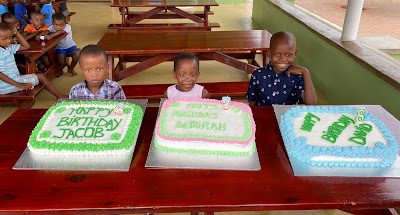 Crocodiles: And in other news … it appears that we have crocodiles in our dams again.  It has been reported by several people that there is a large one in the Living Water Dam and a small one in Dam #2 (and I’m guessing there are more??).  We had a big croc a few years ago and he was eating our small dogs. There is a saying in Africa that if you are going to cross a river, you must let your dogs go first because crocodiles prefer dog meat to human. Good to know 🙈.  All crocodiles in Eswatini belong to His Majesty the King so we can’t kill them, they must be captured and released. No small task I assure you, but I am certainly on the watch for them on our morning walks.  Like the saying goes, I don’t have to outrun the crocodile, I just have to outrun Ian! 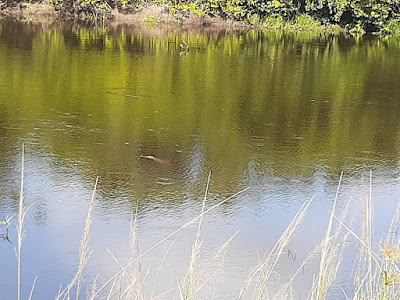 Life in Eswatini is always an adventure, with highs and lows, frustrations and celebrations, and I can’t imagine my life anywhere else.