I don’t often write stories about our children in my blog, mostly for privacy reasons.  Each child’s story and privacy are of great concern to us and we are here to protect them.  But today I want to tell you some details about one of our baby girls  because she really needs prayers and she needs a sponsor (or sponsors).  Since this is Labor Day weekend in the US and Canada I thought perhaps you would take the time to share this blog with friends and family as you share your weekend with them.  It's an opportunity to talk about what we are doing and inviting more people to get involved.

Some of you may know of our child named Isabelle.  She is a sweet little girl who came to us in November 2018 after having lived a very hard and pain-filled 15 months of life.

She was born on July 31, 2017 and 13 months later she was taken to a clinic only weighing 3.6kg (8 pounds).  She was extremely sick, malnourished, in obvious pain and they started her on a 12-month regime of treatment for Tuberculosis and they took blood to see what else was going on. She was admitted in the hospital four times between August and November and it took TWO months to get the blood work back from the lab, which was two months too late to discover that she had cryptococcal meningitis, which could easily have taken her life in that time period.

The Doctor called me directly to ask if we could help. The mother was not giving the child the life-saving medications that she needed and also had a 7-year-old back at home, so when the mother had to stay in the hospital with Isabelle the 7-year-old became very vulnerable.  Isabelle was in desperate need and the mother was begging for help. We agreed with Social Welfare to bring Isabelle home, but first she had to be admitted in the hospital immediately to be treated for the meningitis.

The day I met Isabelle I could see the pain in her eyes and she never stopped crying. She really didn’t have the energy go cry loudly so it was just a never-ending whimper of pain.  She was miserable. Her neck was strained backwards leaving her head to wobble uncontrollably.  Part of this was from being on her mothers’ back with no support and part of it was from having a terrible headache for only God knows how long, with no relief.

Weeks later Isabelle finally made it to Project Canaan and the long road to recovery began.  We focused mostly on loving her back to life with a custom diet, lots of time being held and a bit of work with our therapist.  It has been a very long slow road, with two hospital admittances since she has come to us.
When Isabelle turned 2-years-old she could still not sit on her own, or hold up her head well, but she was doing “tummy time” and when put on her knees she did make some attempt to crawl, but was not successful. But she tried, and we all cheered her on. 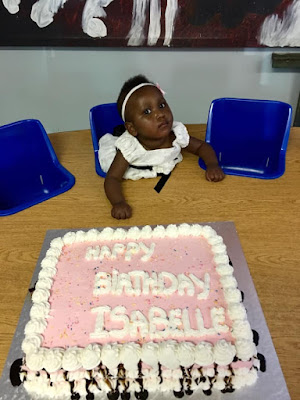 A few weeks ago she started having seizures and she looked like she might have had a stroke, showing weakness on her left side.  We started antibiotics again and then she was admitted back to the hospital.  It was suggested that we get a CT Scan done, and the results broke our hearts.  Here is a portion of the Doctors report, “Firstly there is hydrocephalus (fluid in the skull, in or around the brain, in this case in the ventricles).  Secondly, there are signs of damage to the brain itself, most likely from suffering oxygen deficiency at some stage. There is no treatment for this. The clinical signs would be delays in development, and possibly seizures and cerebral palsy.”


She came back home to us on Wednesday and while I was so happy to see her home, I was so sad to see the condition in which she returned. Each time she gets sick (and I mean really really sick) we can see her deteriorate.  Her arms were more stiff and her feet starting to turn in.  She has been staying in the isolation room to keep her healthy, but she is also lonely there and gets little stimulation, which she really needs.  So on Friday I brought her out to “general population” with the other babies and tried to get her sitting with her head propped up so that she could see and/or hear all the singing and playing that was going on. Sadly, we really don’t know how much she can see or hear, and she has no verbal communication at all. She just sits and stares.  But hopefully she knows that she is loved.


Below is a video of how Isabelle is all day, when she is not in pain. 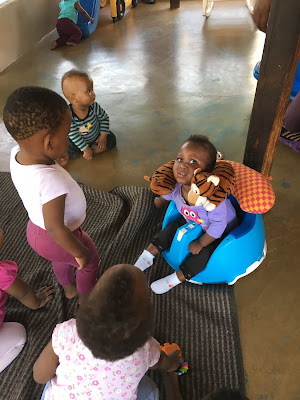 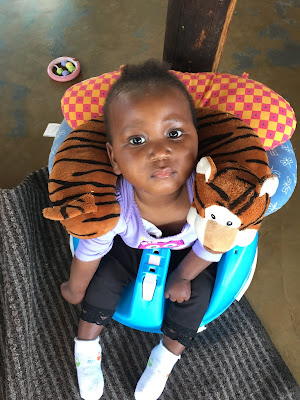 To sponsor Isabelle in the US please click here.

Live from Eswatini … we are praying for Isabelle. 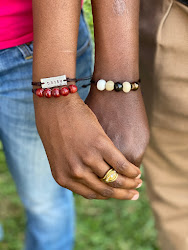